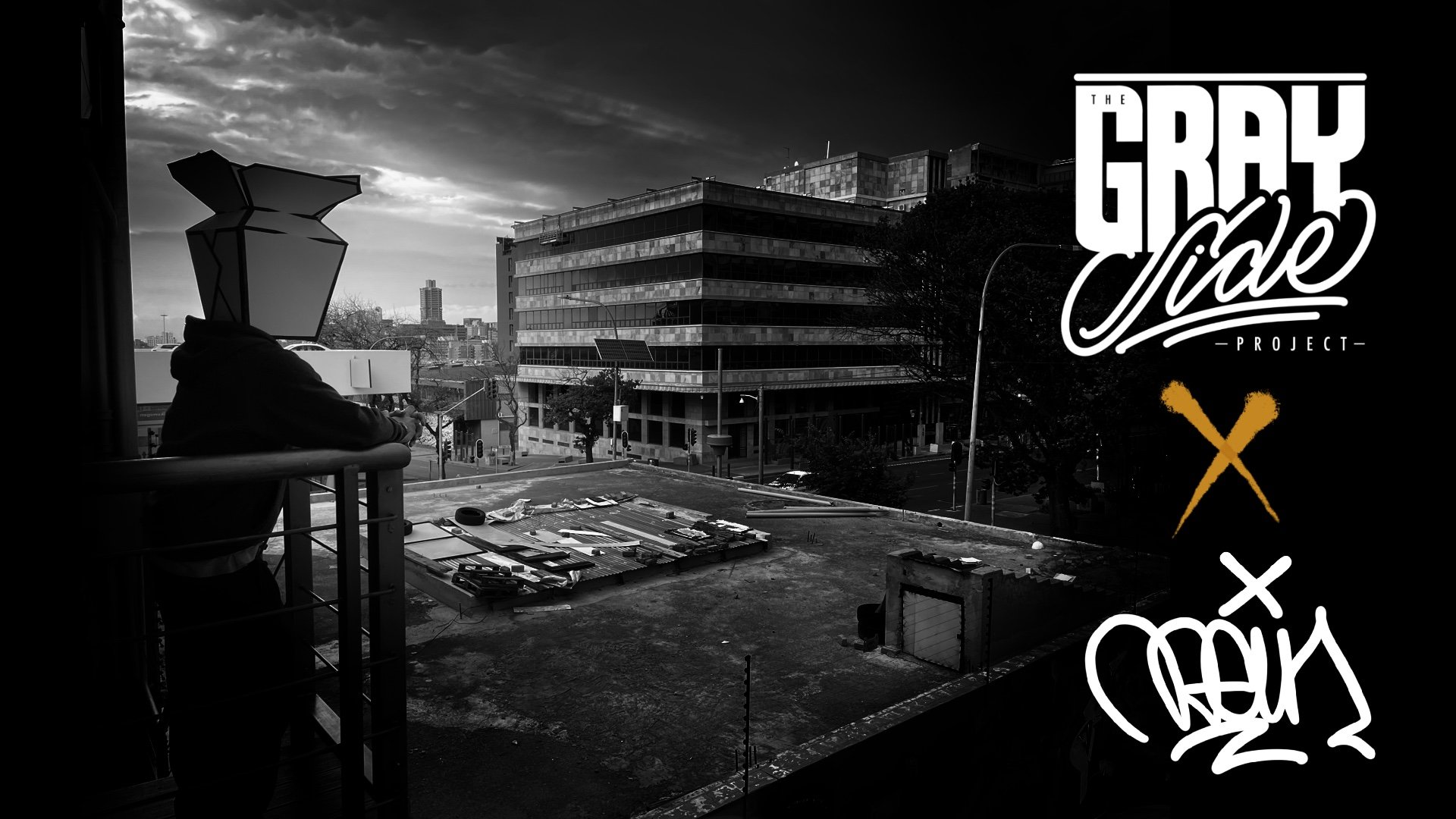 MEIN163 is undoubtedly one of the most prolific graffiti artists to call Joburg City home.

MEIN, aka Chowmein, is most well-known for his iconic noodle boxes that pop up across the city on street corners, highway spots and other seemingly neglected spaces, however these are simply the garnish on top.

Highly proficient in all aspects of graffiti, from tags to elaborate murals, MEIN is an innovator of letter style. His work is undeniably distinctive and a clear reflection of the influences he draws from skateboarding culture, the city and the people that inhabit it.

Observing his paintings the viewer is led to reimagine letter forms through the shapes and forms commonly found in the urban environment the works exist in. Hard crisp edges, architectural structures, skateable objects, and hues of grey are recurring elements found across both his street and studio work. Similarly whether for the public space or gallery his work is executed with obsessive precision, no detail is overlooked, and carefully considered composition is imperative.

MEIN succeeds where many fail, he flawlessly transmits the same raw graffiti energy of a basic street piece in a studio painted canvas that borders on abstraction.

He is an active and dedicated artist, always exploring and refining his art through continuously striving to redefine the perceived constructs of our environment.

suitable or proper in the circumstances.

“this isn’t the appropriate time or place”

“the accused had appropriated the property”

“there can be problems in appropriating funds for legal expenses”

The exhibition title, one word with multiple definitions, suggests that there are multiple ways to interpret the show. The viewer is allowed, through their personal perception and social biases, to dictate how the word is pronounced when initially read in response to the artist’s work.

The first of these is a question asked by many living in cities around the world, the question of whether graffiti in any form is appropriate in public spaces, and galleries for that matter. For some it’s an outright no and for others it’s a definite yes, while many might find some elements acceptable and other elements deviant. Regardless of these varying viewpoints it is irrefutable that graffiti has become as much part of any urban environment as the bricks, mortar and concrete it permeates.

Secondly the artist examines the act of appropriating and, as with graffiti, under what circumstances, if any, it is deemed acceptable. In a world where ‘nothing is sacred’ and cultural appropriation is hotly debated there are many levels of appropriating taking place, often only noticed or considered by those to who it it is relevant.

Graffiti provides an appropriate example. Graffiti art, as we know it in modern times, was born out of American subcultures and evolved into a global phenomenon and art movement practiced by people across the world with varying backgrounds and cultural identities.

Despite any differences, all graffiti artists will agree the greatest taboo in their world is style appropriation so to speak. Style cannot be bought, it needs to be developed the hard way through practice and dedication. To copy and take someone else’s unique style for yourself is a cardinal sin.

The question arises of where the line is between being inspired by someone’s style and blatantly copying it. A beginner will be drawn towards certain styles and will initially emulate those to find a base and direction, ideally using this foundation to find their own identity. However a person with less artistic integrity will duplicate a style and claim it as their own.

MEIN has found his identity, his style forces you to accept another viewpoint, to see your environment from another angle, and to change your perception even if only by one shade of grey.

Tap to select the previous period
Next
BUY ONLINE